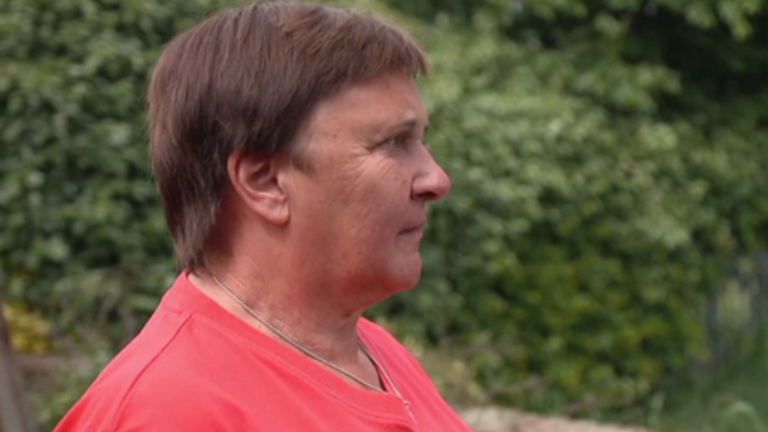 As part of Sky Sports News’ Leading the Lionesses series, Carol Thomas – the second ever England Women captain – discusses some of her career milestones, how the landscape of women’s football has changed and her advice to current captain Leah Williamson.

At 20 years old, Thomas was appointed as the second official England Women captain from 1976 to 1985, taking over from Sheila Parker.

She made her debut for the national team in 1974 and became the first English woman to reach 50 caps for the Lionesses.

Thomas achieved many firsts in her career, but when asked to take us back to the beginning of her journey, she told Sky Sports News: “My dad played local football in Hull, and I had an older brother. He came along and I was kicking a ball for as long as I could remember.”

In 1966, football history was made at Wembley and the image of Bobby Moore holding the World Cup trophy for England was a key inspirational moment for a young Thomas.

“Along came the ’66 World Cup, I was 11 then. Obviously, that influenced me a lot. Luckily, in Hull we had our own works league at the time, there was a lady living near me who played for one of them and she invited me to go and join their team.

“And especially as the ban was still on in that time – the ban from women playing football wasn’t lifted until 1971 – and we weren’t allowed to play on affiliated pitches. So, we played on parks and works grounds wherever there were posts.”

A pioneer for the sport, Thomas does not think she was the loudest on the pitch, but did demonstrate leadership qualities.

She said: “I didn’t set out to be captain, but I think it comes across. I’m basically quite a shy person, but I like to think I encouraged the girls and the ladies in the right direction. When I became captain, I wasn’t a shouter or anything like that, I like to think that I led by example.”

Also in the 70s, Carol became one of the first women’s FA qualified coaches. She says it went hand-in-hand with captaincy, adding: “It helped a lot because I went on the first ever women’s coaching course at Lilleshall.

“There would be about 15 or 20 of us, I think. And I was lucky enough to be only one of three that passed that course. So, I was one of the first FA women’s coaches.”

When asked to describe the moment when she realise she would be the next England captain, Thomas reflected: “I mean, I had no idea. It was two years. I had only played five games.

Thomas was the first England captain to win an international tournament – the home internationals against Scotland and Wales in 1976. To add to her achievements, she was also the first captain to lead England outside of Europe in 1981 at the Portopia tournament in Japan.

Thomas says she felt a little nervous taking up the captaincy but added: “I enjoyed playing the game and the girls around me that were playing at that time, we were just like one big happy family.

“And so, there was no problems. I just captained in my way and to me it obviously worked because I was captain for 11 years.”

Just like she did in Japan, Thomas was also the first captain to lead England into a European Cup final against Sweden in 1984. Although they were runners up, Thomas can not hide her pride at skippering the side for the game.

“I was so proud to be captain, not only playing for England, but captaining my team in the first ever UEFA championship final for women, immensely proud to have led them to that final.”

Thomas achieved her first cap in 1974 against France and went on to become the first English woman to achieve 50 caps for England – one of the many key milestones in her career.

“A great achievement. And I was again so proud,” she said. “I’ve had so many firsts in my career, it’s unbelievable really.

“And like I say to the grassroots girls that I speak to, you carry on playing and enjoying and you can see the world. You can see great things by playing women’s football.”

Thomas captained England for seven consecutive tournaments and after a long run as captain, the record was eventually beaten by Faye White in 2011.

The landscape of women’s football has changed over the years and Thomas reflected: “It’s gone on from strength to strength and certainly since the mid-90s, when it came under the umbrella of the FA, obviously there’s more money coming in. You’ve got the WSL now and a lot of the girls that are playing for England, most of them are professional.

“So that’s helped the game on, and I like to think that we were just that little stepping stone to putting them to where they are now in the women’s game.”

When asked if she would like to captain the modern England side, she said: “Had you asked me when I was a 19, 20-year-old just setting off, I would love to have had the chances that the girls have now. I would just say to them, enjoy it and make the most of your time playing women’s football at the highest level.”

Thomas gave some of her advice to current England Women captain Leah Williamson ahead of the Women’s Euros this summer.

She concluded: “Tell the team to go out there, enjoy it, and just play the best you can. They’ve done all the coaching, they’ve done the training, and hopefully the results will come for them. And I’m sure she’ll be a great captain.”

Keep up with all the latest from Euro 2022 across Sky Sports and Sky Sports News this summer.

Coverage will be anchored by Sky Sports WSL presenter Caroline Barker, alongside Jessica Creighton and Kyle Walker. Meanwhile, Karen Carney, Sue Smith, Courtney Sweetman-Kirk and Laura Bassett will give analysis throughout the tournament.

The pundits and presenters will work from the Sky Sports Women’s Euro 2022 Mobile Presentation Bus, which will follow the Sky Sports News team around the country to the various stadiums where matches are being played.

In addition, Sky Sports’ Essential Football Podcast will be rebranded for the tournament to Sky Sports Women’s Euros Podcast rom 21 June. Hosted by Charlotte Marsh and Anton Toloui, it will feature exclusive news and player interviews in addition to a strong programme line up around the tournament.

Group A: England vs Austria – kick off 8pm, Old Trafford

Group B: Spain vs Finland – kick off 5pm, Stadium MK

Group B: Denmark vs Finland – kick off 5pm, Stadium MK

Group A: Austria vs Norway – kick off 8pm, Brighton and Hove Community Stadium

Group B: Finland vs Germany – kick off 8pm, Stadium MK