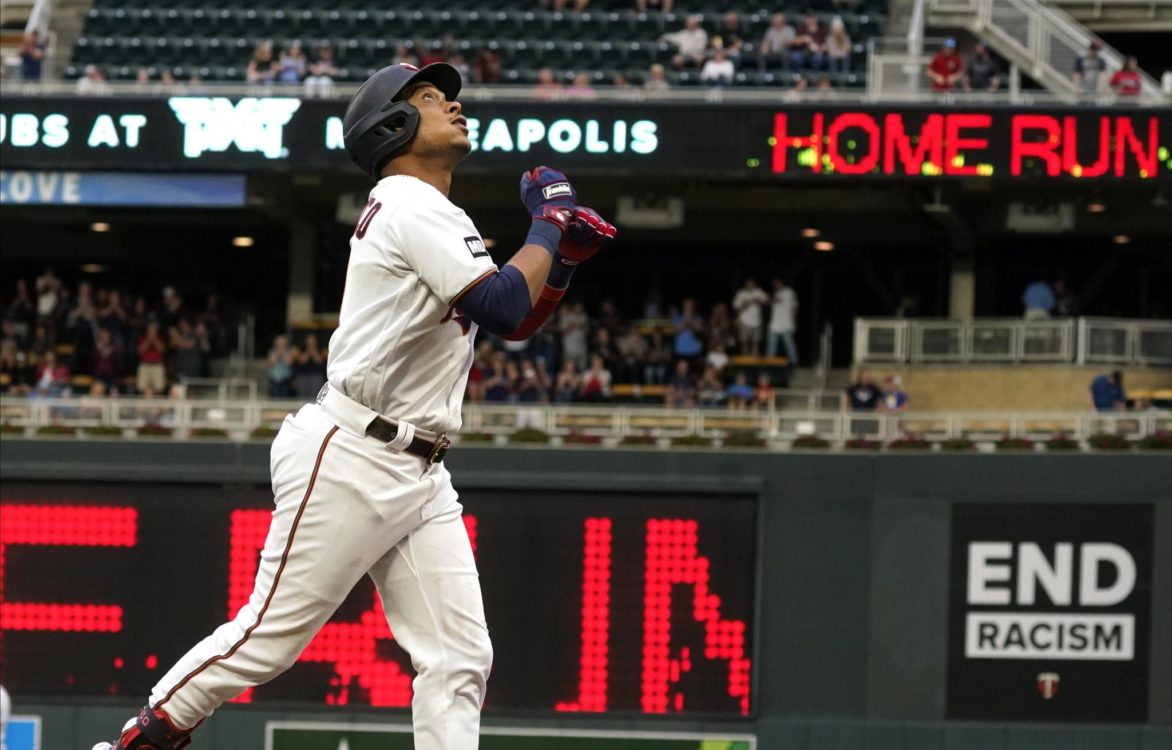 
When the Seattle Mariners look to upgrade its offense this offseason, the middle-infield unit is desperate need of attention. After all, Mariners second basemen and shortstops were collectively among the least productive in MLB this year.

Other than reaching base at an average-ish rate, the combined production of J.P. Crawford, Adam Frazier, Abraham Toro, Dylan Moore, and Sam Haggerty was suboptimal in every other way.

With Frazier departing via free agency, the Mariners have an opportunity to improve the second base position by going outside the organization. Perhaps the team acquires someone to supplant Crawford at shortstop and then slide the Californian over to second base. Still, it’s unclear whether the team would actually go in that direction.

A year ago, management took the baffling approach of refusing to entertain a position change for Crawford despite several elite-level shortstops being on the free agent market. But as Seattle Times beat writer Ryan Divish reported last month, Mariners President of Baseball Operations Jerry Dipoto signaled the team may have softened its stance regarding its middle-infield situation.

“Our great preference would be that we can land a shortstop that would like to go play second base. But we’re not going to close the door to anything in that regard.” – Jerry Dipoto

Considering Dipoto’s comments, I identified five potential middle-infield trade candidates for the Mariners. Acquiring these talented players wouldn’t be cheap, assuming their current team was even interested in making a deal.

A few notes before beginning.

+ I’m not going to address what the Mariners would have to surrender to land these players. I’m solely focused on finding potential replacements capable of providing noticeably better production than this year’s crew.

+ Unless otherwise noted, assume rankings are against qualified hitters.

+ All financial figures were found at Spotrac.

+ The age on the following tables reflects how old a player will be on July 1, 2023.

Selling points: McNeil rebounded from a down 2021 to win the NL batting title. Not only did the left-handed hitter lead the Mets in AVG, his .836 OPS was second only to Pete Alonso (.869) on the team. Moreover, his 39 doubles tied for fifteenth-most in MLB.

McNeil’s road numbers were decidedly better than at pitcher-friendly Citi Field in 2022. But he still managed to produce an impressive .297 AVG/.365 OBP/.414 SLG at home. These numbers matter considering T-Mobile Park’s reputation for depressing offense.

Defensively, McNeil made 95 starts at second base. He also started 33 games in left field. This season, the Long Beach State alum’s 3 DRS at second base and 2 DRS in left field suggest he was a slightly above-average defender at both positions. That said, Statcast rated his arm strength as a tad below-average.

Any team acquiring McNeil would have the two-time All-Star for two more seasons before he reaches free agency.

Potential concerns: This year, 81 players put at least 400 balls in play. McNeil’s 30.2% hard-hit rate ranked 71st within that group. As we recently discussed, having more hitters capable of making loud contact would propel Seattle’s championship aspirations. By any definition, the Californian won’t check that box.

Selling points: Despite knee and back injuries slowing Polanco, he delivered above-average production in most categories. His .358 xwOBA ranked 22nd among 205 hitters with at least 400 plate appearances.

Expected Weighted On-Base Average (xwOBA) uses quality of contact (exit velocity and launch angle) to determine what should’ve happened to batted balls. A key advantage to xwOBA is defense (good or bad) doesn’t influence it. This gives us a truer sense of how a hitter or pitcher is performing.

Polanco has a knack for earning free passes. Among those hitters with 400-plus plate appearances, his 14.4% walk rate was sixth-best. The switch-hitter is also better from the left side. But he does have a respectable career .265 AVG and .720 OPS when facing southpaws.

A team trading for Polanco can potentially retain him through 2025 – his age-31 season. The nine-year veteran is set to earn $7.5 million in 2023 with a $10.5 million vesting option for the following season contingent on making 550 plate appearances next year. Then, there’s a $12.5 million club option for 2025. A reasonable financial commitment for a hitter with a 111 wRC+ in just over 3,100 MLB plate appearances.

Weighted Runs Created Plus (wRC+) quantities how a hitter’s total offensive value compares with the league average after adjusting for park effects. League-average is always 100. Therefore, a wRC+ of 150 means a hitter was 50-percent more productive than the average player. An 80 wRC+ would be 20-percent below average.

Although he’s not a stolen base threat, Polanco is quick. His 28.2 ft/sec sprint speed bettered the league-average (27 ft/sec) and ranked fifteenth among 53 second basemen with 50-plus competitive runs.

Potential concerns: Polanco went from 3 DRS at second base in 2021 to -3 this year. Perhaps this decline had something to do with his knee and back issues.

At the very least, Lowe is under contract through the 2024 campaign with an average annual salary of $8 million. But a pair of club options could extend his current deal through 2026, his age-32 season.

Potential concerns: Injuries derailed Lowe’s 2022. Making matters worse, he finished the season on the 60-day IL with a back issue. The Suffolk, Virginia native appeared in just 65 games with a lackluster slash-line significantly lower than his career .249 AVG/.335 OBP/.495 SLG.

Selling points: Cronenworth’ 4.2 fWAR was fourth best among second basemen this season. His 17 home runs tied for fifth-most with Cleveland’s Andrés Giménez among their positional peers. He also hit 31 doubles.

A finalist for a Gold Glove at second base this season, Cronenworth also has 30-plus career starts at first base and shortstop. That said, he’s accrued 7 DRS in 279 career games at second base.

Cronenworth has been durable playing in 94.7% of San Diego’s games since his 2020 debut. He’s another player not known for stealing bases (just three in 2022). But the former Michigan Wolverine had an above-average 28.2 ft/sec sprint speed.

The two-time All-Star isn’t eligible for free agency until after 2025, his age-31 season. Next year will be Cronenworth’s first of three arbitration-eligible campaigns.

Potential Concerns: Cronenworth experienced career lows in AVG, OBP, SLG, and wRC+ this year, although the left-handed hitter did manage to be average-ish or better in each category. It’s worth noting Cronenworth’s 33.8% hard-hit rate fell in the bottom-25% of the 81 players previously mentioned.

It’s also worth noting Adames and Seager were the only shortstops with 30-plus home runs in 2022, plus he hit 31 doubles. Not only that, the 27-year-old’s 4.7 fWAR was sixth highest among shortstops.

Advanced metrics suggest Adames is an above-average defensive shortstop. His 9 DRS tied for eighth-best in the majors with Swanson – a Gold Glove finalist.

Adames has two years of arbitration eligibility remaining before he’s eligible for free agency. He projects to earn a reasonable $9.6 million next season.

Potential concerns:  Adames delivered career lows in AVG, OBP, and wRC+ this year. Furthermore, his 26.9% strikeout rate this season was a bit worse than the league standard. Perhaps these declines are attributable to an ankle injury that sidelined him about a month.

If given a choice, my order of preference for the Mariners would be Adames, Polanco, McNeil, Cronenworth, and Lowe.

Considering the organization’s so-so shortstop history, Adames would have a chance to be the best Mariner at the position since Álex Rodríguez. As Jason A. Churchill noted in his Mariners After Midnight newsletter, the youngest of our five candidates should be highly sought after this offseason.

Whether Milwaukee will be interested in parting with its slugging shortstop is debatable. Having said that, President of Baseball Operations David Stearns recently stepped down. Perhaps this change in leadership signals a significant shift in organizational philosophy for 2023 and beyond.

Considering the Twins have Luis Arraez and Nick Gordon as potential second base replacements, the team may be amenable to dealing Polanco for the right return. His blend of on-base ability, power, and speed on the bases from the second base position would be a welcome addition to Seattle’s lineup.

Even though McNeil doesn’t routinely make hard contact, his bat-to-ball skills and ability to hit at Citi Field can’t be overlooked. Still, every good point we’ve made about the 30-year-old is justification for the win-now Mets to keep their batting champ.

Cronenworth has been an above-average performer during his brief career. Plus, he’s under club control through 2025. Then again, I’ve just outlined why the Padres, another win-now organization, should retain him.

Still, the eventual return of Fernando Tatis Jr. from a PED suspension potentially presents a roster logjam for San Diego. Perhaps the Padres will prefer keeping their suspended star at shortstop rather than moving him to the outfield, which has been previously discussed.

If Tatis did remain at shortstop, the Friars could have Ha-Seong Kim take over second base with Cronenworth moving to first base. Another option might involve flipping Cronenworth to fill a more pressing need on the roster.

As good as Lowe can be, it’s reasonable to wonder whether his 2022 back problems continue next year. If healthy, the Maryland alum is a great pickup. But if he has a chronic back issue, potential buyers could be straddled with a costly liability through the 2024 season.

It’s worth noting I’ve never correctly predicted a Mariners trade acquisition in any of my pieces. So, it’s very likely management acquires someone other than the five players we’ve discussed.

That’s fine by me as long as Seattle’s middle infield is better than what we witnessed in 2022. 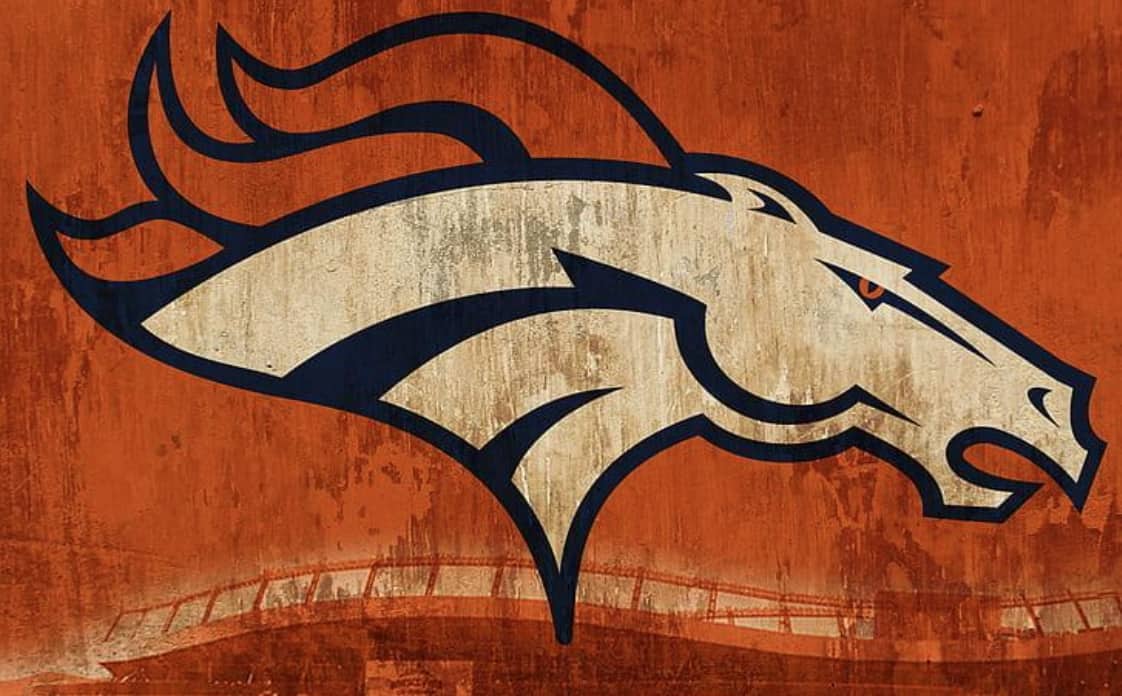